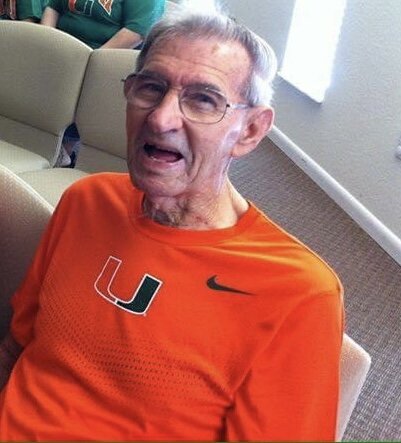 Donald Ellsworth Pratt of LaBelle, Florida passed away peacefully on December 30th, 2021. He was 90 years old.

Don was born May 24, 1931 in Stanberry, Missouri to the late Oscar and Cleo Pratt. He moved to Clewiston, Florida in 1932.  He grew up in Clewiston and moved to LaBelle when he married Christine Howard Pratt. Don was a loving husband, father, grandfather and brother and will be dearly missed by his entire family and many friends.

Don was an active community member.  He owned the Gulf service station back in 1957.  He served as Hendry County Commissioner from 1968 to 1988.  He was a member of the Lions Club, VFW Post 10100, American Legion Post 130, LaBelle Quarterback Club and First Baptist Church of LaBelle. He served our country in the Army from 1951 – 1953. He loved the woods and outdoors.  He was famously known for his swamp cabbage fritters.

Celebration of Don’s life will be held at 11:00 am Thursday, January 6th at Caloosa Baptist Church in LaBelle where L.W. Howard will be officiating. Visitation will be at 9:30 am, before the service. He will be laid to rest at Fort Denaud Cemetery.

To send flowers to the family or plant a tree in memory of Donald Pratt, please visit Tribute Store
Thursday
6
January

Share Your Memory of
Donald
Upload Your Memory View All Memories
Be the first to upload a memory!
Share A Memory
Send Flowers