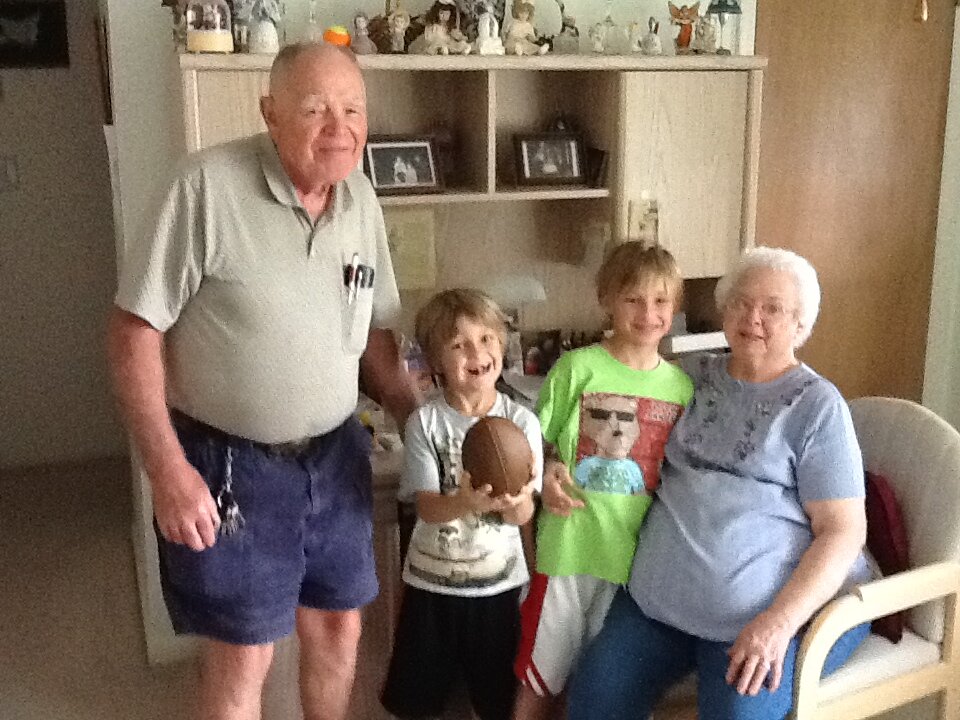 He was the third of four children Ralph & Bernice raised together.

He was raised on the East side of Columbus, Ohio and went to Reynoldsburg High School.

He left school early to work for the Westinghouse manufacturing plant in Columbus Ohio.

On October 1, 1955 Dad married Della Caldwell of Plain City, Ohio who had square danced her way into his heart.

Della was the passion of his life. They had recently celebrated their Sixty-fifth anniversary (65). Dad was with Mom when she passed away October 25, 2021.

Early in their marriage they lived in Plain City Ohio. They moved to Hilliard, Ohio in 1960 where they lived until 1991 when they moved into a new home they built together in Marysville, Ohio.

They remained there until 2003 when he retired from the Goodyear Belt Manufacturing Facility in Marysville, Ohio where he had proudly worked as a UAW member for twenty years. They then moved to Lehigh Acres in South West Florida to enjoy retirement.

He loved a project or job from his own task to a friend or relatives task you mention it (hang on) he was ready to go and get to it.

Was A Buckeye fan

He was a member of the Cornerstone Church in Plain City, Ohio until moving to Florida.

He was a Moose member.

Dad was a member of the UAW and a lifelong supporter of the Union movement.

However there was one Love above all:

as her health failed he fought for her, he visited her, he prayed for her, and just plain kept her going. She now is at rest and his Love for her will not let her rest alone.

Donald was preceded in death by his wife Della by just five hours shy of one week.

He was preceded in death by his daughter Leeana Lou Krumm

He is survived by his son Gregory Krumm, grandchildren Ruth Lehman and Joseph Krumm and five great grandchildren.

He was preceded in death by his parents Ralph and Bernie Krumm and his Father and Mother in law Troy and Lucy Caldwell.

He will join Della in a Celebration of life, love, and God at the Lehigh Acres Church of the Nazarene on Thursday November 4th at 10:00AM .

Followed by a Grave side service at the Ft Denaud Cemetary.

To send flowers to the family or plant a tree in memory of Donald Krumm, please visit Tribute Store
Thursday
4
November

Share Your Memory of
Donald
Upload Your Memory View All Memories
Be the first to upload a memory!
Share A Memory
Send Flowers
Plant a Tree