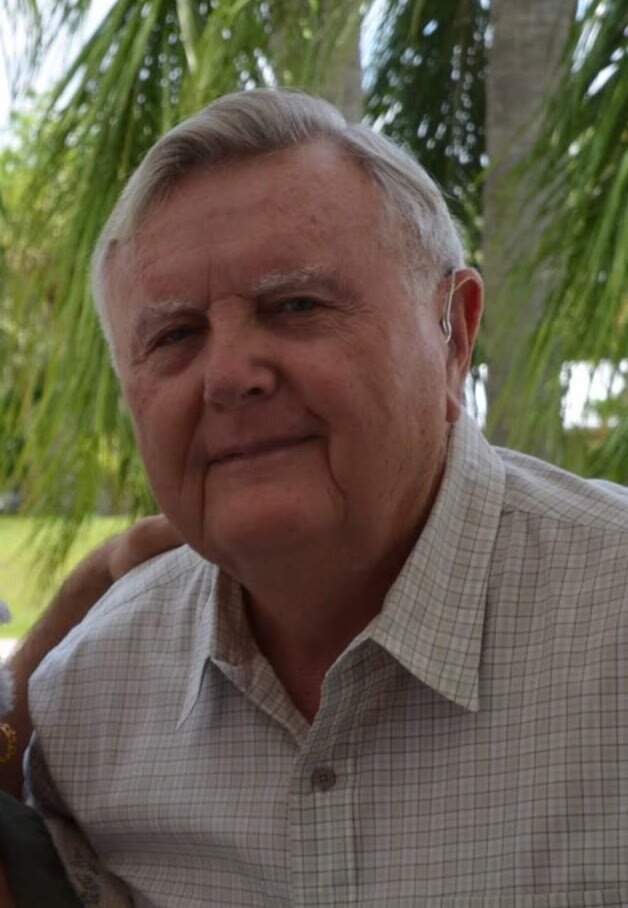 Malcolm (Mac) Davis Baker was born November 17, 1928 in Eden, North Carolina and passed away peacefully at home in LaBelle, Florida on October 8, 2022. His wit, kindness, and love will be sorely missed by all who knew him.

Born to Leonard Jackson and Ophelia Davis Baker, Mac was the youngest of 4 siblings. He grew up in Eden, North Carolina and graduated from Draper High School in 1946. He then attended Davidson College before enlisting in the Air Force. He proudly served overseas in Northern Africa, Okinawa, Berlin, and Utapau, Thailand. This adventure would also take him to Eglin Air Force base where he would meet a young nurse. After a courtship involving many water skiing adventures, he married Amanda Lu Sirmon in 1957. Together their adventures continued to Chize, France, Las Vegas, Clovis, New Mexico, Warner Robins and Albany Georgia. Their sons, Eric and Michael, joined them in 1960 and 1961. Their family adventures included many camping trips across the country. Mac also competed as a pistol shooter in the Air Force, competing in the national match twice.

Upon retiring from the Air Force in 1971 as a Senior Master Sergeant, being a supportive and loving husband, he followed his wife to Gainesville, Florida for her to attend graduate school. Their “short” stay in Gainesville lasted nearly 15 years, with a large portion spent on their farm in Waldo, Florida. His notorious “hay operation” employed many high school and college friends of Eric and Michael, who recount their hard work and fun to this day.

Amanda’s successful career as a university administrator took them to Troy and Mobile, Alabama, before their retirement in LaBelle, Florida in 1998. Since their arrival in LaBelle they have been faithful members of Carlson Memorial United Methodist Church, with Mac serving as a Trustee and in other administrative roles. He was also a reliable member of the Methodist Men. His service to others reflected his strong faith in Jesus. Outside of church, Mac’s 1968 Chevrolet Impala convertible became a fixture in the local Swamp Cabbage parade, where he regularly paraded local officials each February.

Through his years in LaBelle, Mac was well known for his mischievous sense of humor, generosity of spirit, and constant presence in the lives of so many. His love for his family abounded and motivated so much of his life. He was predeceased by parents, his brother Melvin and sisters Mildred and Mary Ruth (Ben). He is survived by his wife of 65 years, Amanda. He is also survived by his two sons and their families: son Eric (Teresa), grandchildren Matthew (Kyla), Brittany (Tyler) and great-grandchildren Lorelei, Brynn, Chet, and Lucy and son Michael (Kimberly), grandchildren Kerri (Micah), Brittany (Christian), and Katrina and great-grandchildren Lena, Jack, and James.

Visitation with the family will be Saturday October 22, 2022 at 10am at Carlson Memorial United Methodist Church in LaBelle, Florida with a memorial service at 11am. Following the memorial service, there will be a reception in the church’s Fellowship Hall.

To send flowers to the family or plant a tree in memory of Malcolm Baker, please visit Tribute Store
Saturday
22
October

In Lieu of Flowers

Share Your Memory of
Malcolm
Upload Your Memory View All Memories
Be the first to upload a memory!
Share A Memory
Send Flowers