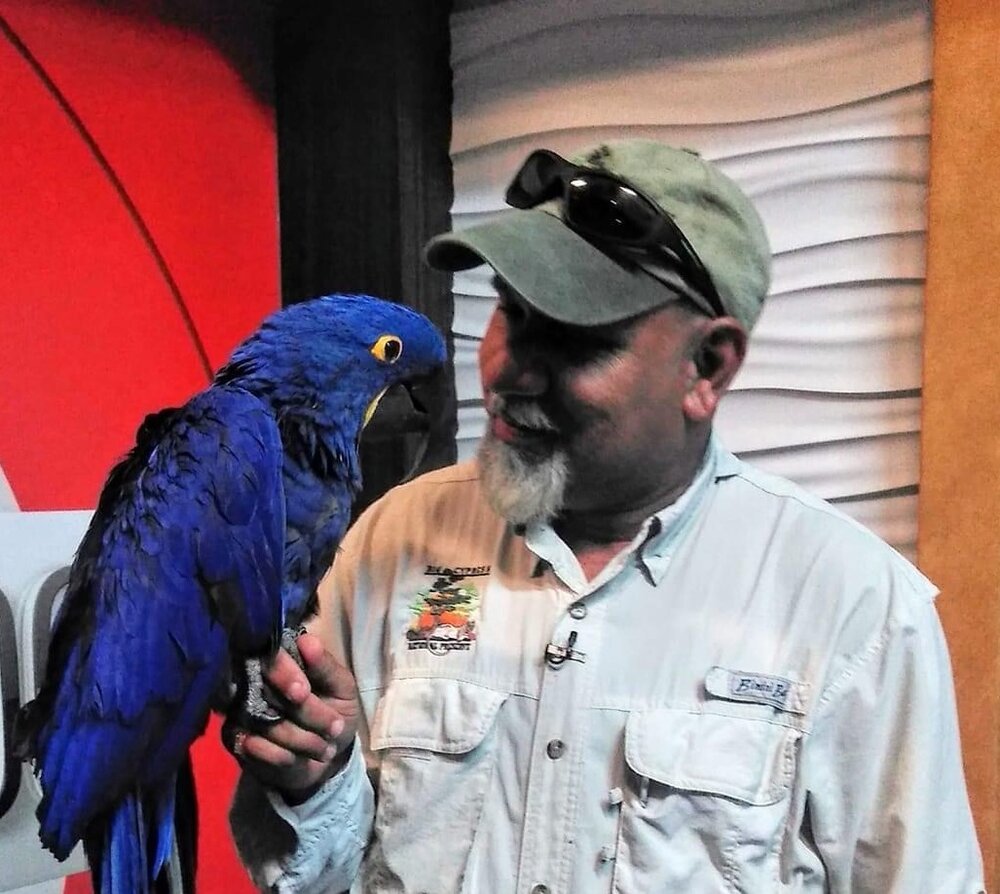 Reinaldo Mendoza Becerra was born in Pretoria, South Africa in 1964. At the age of three, he immigrated to Cuba with his parents. Rey studied Biology in Cuba and became an expert in birds of prey. He served as an Air Marshal for Castro’s communist regime until escaping to the United States in 1986.

Jews living in Cuba were not allowed to practice their religion, but the Jewish community in Havana often met at the zoo. This is one of the reasons Rey loved animals so much—the zoo was a big part of his life. Rey also educated himself by becoming an avid reader. He spent many hours in Cuba’s National Library poring over the animal books.

In 1980, Rey took a course in zootechnics, which is the science of studying the best use of domestic and wild animals, but always focusing on animal welfare. At the age of 16, Rey had amassed many pages of notes about his observations of the animals in the zoo. His favorite critters were the birds. He began to notice that a newborn condor pigeon, which had been donated to the zoo by the former Chilean president Salvador Allende, wasn't being fed by its parents. He told the birds’ caretaker and saved the little condor’s life. Impressed with Rey’s knowledge, the zookeeper let a teenaged Rey take care of the condors for 2 years. This was the beginning of a lifelong passion as Rey became a falconer.

After coming to the United States in 1986, Rey joined the Air Force to work on helping to protect planes from crashes with birds at airports. He had previously done this in Cuba, working for several years at Jose Marti de Boyeros, the Airport in Havana.

In 1997, Rey began working and living with the Seminole Indians on the Big Cypress reservation, where he worked as a wildlife educator and videographer for Seminole Broadcasting Production (SMP). He also worked as Community Outreach Specialist at the Seminole Ah-Tah-Thi-Ki Museum.

Rey can still be seen on the show “Caso Cerrado,” which is the Latin version of “Judge Judy”, as an expert in flora and fauna.

Beloved husband of Jill Cohen, Rey lived every day to the fullest. He is survived by his brother, many cousins and several nieces and nephews.

To send flowers to the family or plant a tree in memory of Reinaldo Mendoza Becerra, please visit Tribute Store

Share Your Memory of
Reinaldo
Upload Your Memory View All Memories
Be the first to upload a memory!
Share A Memory
Send Flowers