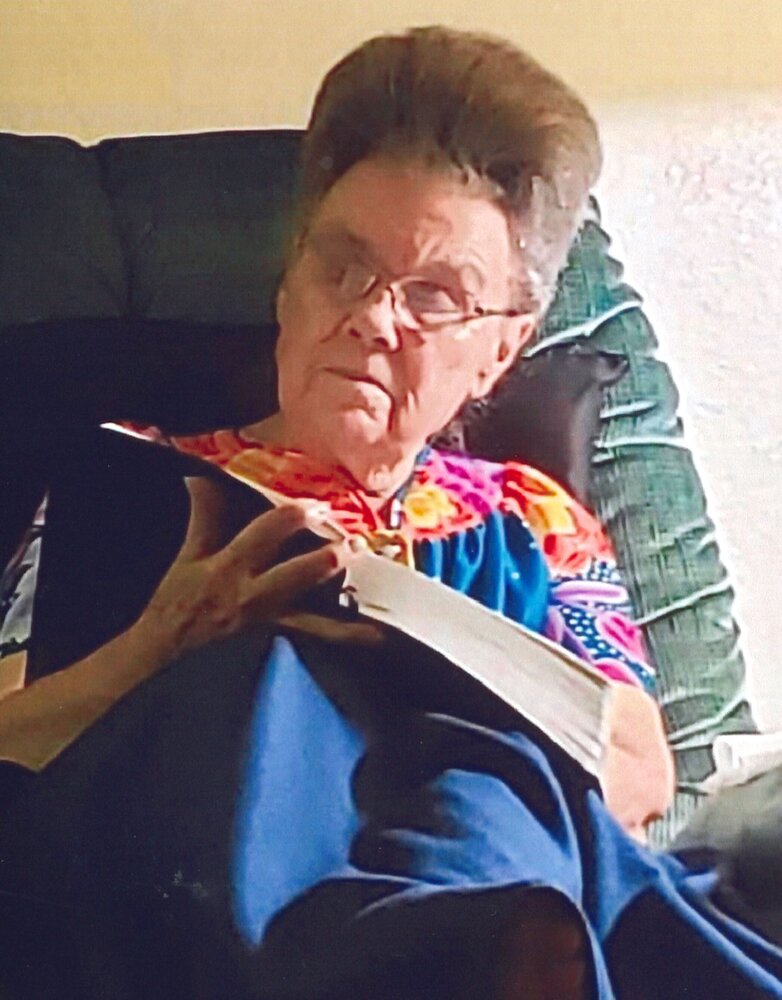 Sister Ora Mae Mason, age 88 of Alva, Florida was called home to be with her Lord and Savior on July 30, 2022 in Lehigh Acres, Florida.

Sister Ora was born in Vidalia, Goergia to the late James Curtis and the late Becky Padgett McCollough. She married Rev. F. T. Mason; he preceded her in death on January 24, 2017. Sister Ora was a pastor's wife for over 50 years, serving in various churches and going on mission trips with her church. She especially enjoyed going to Israel and Brazil. She also enjoyed spending time with her loving husband and their children, along with making sourdough bread which she kept the starter going for over 25 years, when the bread was baked it was not sold  to anyone, instead it was given to all of her family and friends, she also enjoyed sewing and making special gifts for family and friends. She was a long time member of the LaBelle Church of God. She was a God fearing woman who enjoyed sharing the word of the Lord to any and everyone. She will be dearly missed by her entire family, her church family and  the many friends from around the world that she made through her mission work.

Sister Ora was also preceded in death by her son; Samuel Mason and grandson; Chaston Mason.

Sister Ora's life will be celebrated on Saturday, August 6, 2022 at Fort Denaud Cemetery at 10:00 a.m., where her son; Missionary James "Larry" Mason and Pastor Cliff Gobble will officiate. She will be laid to rest next to her loving husband, Rev. F.T. Mason.

Celebration arrangements are being handled by Akin-Davis Funeral Home - LaBelle.

To send flowers to the family or plant a tree in memory of Ora Mason, please visit Tribute Store
Saturday
6
August

Share Your Memory of
Ora
Upload Your Memory View All Memories
Be the first to upload a memory!
Share A Memory
Send Flowers