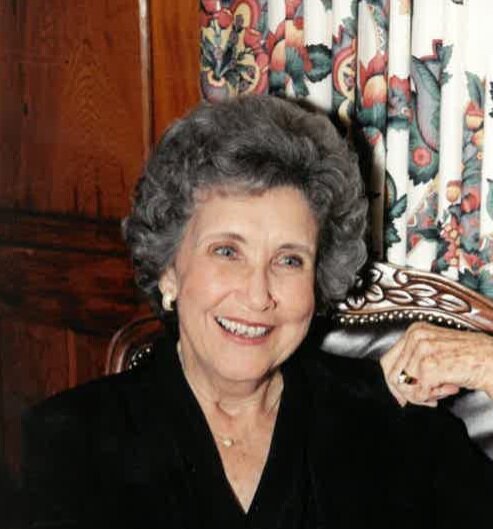 Jimmie Doris Stringer Parrish 'Jim'
On July 13, 2022, Jimmie Doris Stringer Parrish "Jim" passed away suddenly, at the Clewiston Hospital, Clewiston, Florida, just a few weeks shy of her one-hundredth birthday
Jimmie was born on August 24, 1922, at the family farm in Luverne, Alabama to William Daniel Stringer and Blanche Maude Bozeman Stringer. She was the third of four daughters.
Jimmie met Bill Parrish when he was home on leave from the Army. Bill was walking down the road with a friend, and Jimmie just happened to walk outside at that moment. They were married that August 10th, 1940, and their first son, William "Jeff" Parrish was born a year later. Thomas Jackie Parrish was born 15 months after Jeff, also on the family farm in Luverne. Jimmie's mother was her midwife.
After living in Pensacola and the Haines City area, the family moved to Clewiston in 1945. In 1951, when she thought the boys were old enough, Jimmie went to work at U.S. Sugar in the Payroll Department and retired 33 years later.
Jimmie and Bill were lifelong members of the Clewiston Baptist Church. She especially enjoyed the friendship and learning she experienced during the church's Sunday school classes.
In addition to her parents, Jimmie was predeceased by her sisters, Maude, Florence, and Nettie Ruth. Her loving husband, Bill, died in 1993. She is survived by her son Jeff and his wife Gail, Jackie and his longtime companion Penny Barton, her 4 grandchildren Jared Parrish and his wife Lynne, Jason Parrish and his wife Jenny, Jennifer ParrishTischler and her husband Brian, and Ryan Parrish and his wife Annie. Jimmie was also blessed with 5 great-grandchildren, Maylea Parrish, Morgan Parrish, Abigail Tischler, Ainsley-Grace Tischler, and William Rhys Parrish. And, she had a Siamese cat, Sinjin, who she rescued and gave a good life.
"Mom" will be especially missed by her family for her love, her generosity, and her guidance. She was also a wonderful cook.
In lieu of flowers, donations could be made to Gulf Coast Humane Society, 2010 Arcadia Street, Ft. Myers, Florida 33916.

To send flowers to the family or plant a tree in memory of Jimmie Parrish, please visit Tribute Store
Friday
22
July

Share Your Memory of
Jimmie
Upload Your Memory View All Memories
Be the first to upload a memory!
Share A Memory
Send Flowers