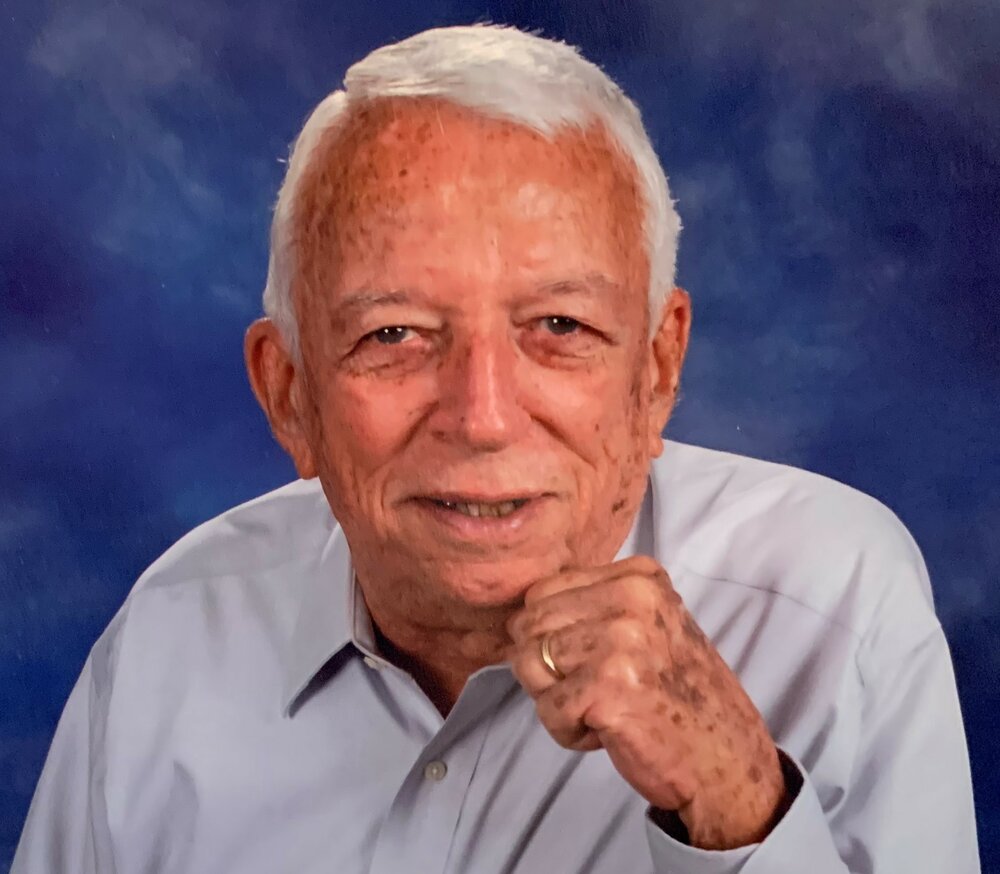 Richard was born May 23, 1930 in Winston Salem, NC to Erasmus Ezekial and Geneva Garrett Phelps.

Richard graduated from Guilford College with a degree in Economics, and enlisted in the U.S. Air Force where he proudly served his country from 1953-1959. Richard met his future wife Sue while he was learning to fly fighter jets and Sue was attending Florida State University. They were married on June 2, 1957 and were blessed to have 64 wonderful years of marriage, starting each day with a long walk together through their neighborhood or wherever they were visiting. Together, they had 2 children, Debby (husband Steve Gwyn) and Tracey (husband Brad Corkwell). Richard was a loving father, affectionately known as “Papaw” to his 6 grandchildren: Richard Dustin Hoyle, Melissa Hoyle, Rachel Hoyle, Thomas Gwyn (wife Lauren), Ashley Wheeler (husband Branigan), and Ryan Corkwell. He had 1 great grandson, Isaac James Gwyn.

Richard was deeply devoted to His Lord and Savior, and was a dedicated member of the First Baptist Church in Clewiston, Florida, where he served many functions, including Deacon and Sunday School Superintendent. Richard will be lovingly remembered as one you could always count on to happily serve wherever he was needed. He was also a long-time member of the Lions Club.

Richard’s favorite hobby was flying and was an avid pilot for 16 years. After his service in the U.S. Air Force, he ran the family business Hendry County Motors for over 40 years.

Richard was known for his sweet sense of humor and was frequently the winner of several prank wars with his grandchildren. Richard is dearly missed by his family and friends.

To send flowers to the family or plant a tree in memory of Richard Phelps, please visit Tribute Store
Monday
7
March

Share Your Memory of
Richard
Upload Your Memory View All Memories
Be the first to upload a memory!
Share A Memory
Send Flowers
Plant a Tree