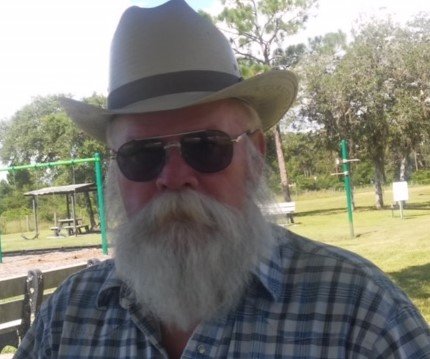 He was born in Rushville, Indiana on July 24, 1946, to the late Elza and Bonnie Glenn Ruble. He proudly served his country in the United States Army serving in Germany, Korea, and Vietnam. He married Linda Deese on August 5, 1972.  Marvin was a plumber and irrigation supervisor. He worked many years for Bob Paul Citrus and Car Two. He was an active member of the American Legion Post 130 of LaBelle, the VFW Post 10100 of LaBelle, serving as Post Commander. He love supporting other veterans and giving back to his community. He was “Santa Claus” at the American Legion Post in LaBelle for many years.

Celebration of Marvin’s life will be held at 11:00 a.m. on Friday, May 7, 2021 in First Baptist Church of LaBelle, with Pastors Frank Deerey and Preston Long officiating, where visitation will be one hour before the service. In lieu of flowers, donations may be made in Marvin’s memory to the Veteran’s Memorial Park; the donations can be mailed to or dropped off at VFW Post 10100 or American Legion Post 130. Burial with military rites will be in Fort Denaud Cemetery.

To send flowers to the family or plant a tree in memory of Marvin Ruble, please visit Tribute Store
Friday
7
May

Share Your Memory of
Marvin
Upload Your Memory View All Memories
Be the first to upload a memory!
Share A Memory
Send Flowers