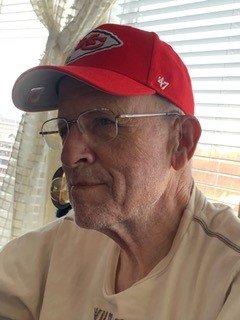 John Allen Carkin, age 73, passed away on March 25, 2021. He was born on February 4, 1948 in Salem, OR to Bruce and Ruth (Yocom) Carkin. John served in the US Air Force from 1967-1971. He received a BS degree in Police Science from Weber State College in Ogden, UT. John was a state trooper with the Utah Highway Patrol for 5 years. He then began a career with the US Department of Transportation, Federal Motor Carrier Safety Administration, retiring in 2008. John was an avid motorcyclist. He was a life member of the Gold Wing Touring Association. He loved traveling the country with friends. In retirement he also enjoyed RVing, hiking, bicycling, and golfing. His greatest pleasure was spending time with family and friends. John is survived by his wife of 51 years, Diana (Ferguson) Carkin, daughters Jill Habben (Jason), Jaime Wise (Brett), grandchildren Camryn Habben, Cody Habben, Colin Wise and Rhylee Wise, sister Susan Carkin, and brother, James Carkin (Lisa). He was preceded in death by his parents and a sister, Jennifer Carkin. No services are planned at this time. Contributions in his memory may be made to The American Cancer Society or No Stomach for Cancer.

Share Your Memory of
John
Upload Your Memory View All Memories
Be the first to upload a memory!