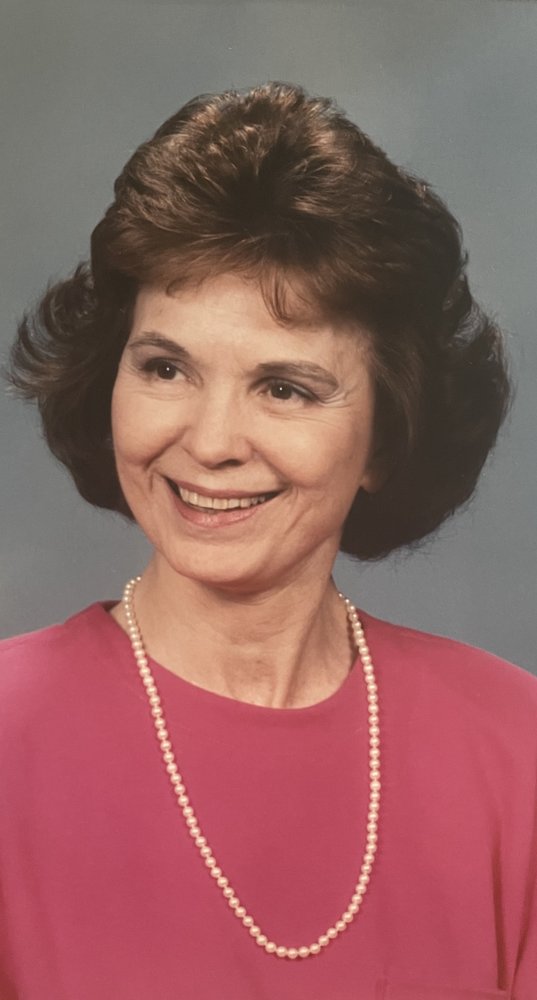 A GREAT DAY FOR FLYING!

Sitting down to write an obituary is an odd experience. What should I write about someone who has been a cornerstone for our families?

Someone who took life head-on, regardless of the curve balls.

Someone who had a rich faith that kept her anchored upwards, even in the most turbulent times.

Someone who would not have been the best choice for the Diplomatic Corp, but one who loved her family fiercely.

One who loved to laugh and for whom the phrase “Shewy, Shewy” had its own mystical meaning.

One who decided as she approached retirement that it was time to join her son (and later grandsons) in the skies as a pilot.

One who was not necessarily troubled by maps when flying since she was usually out for an adventure, wherever the horizon took her.

And now, that horizon has beckoned her home. Home to a place where she will have perfect memory, a fully healed body and no chiggers when it’s time to pick blackberries.

And what if Heaven doesn’t have blackberries? In that case, let us all bow our heads and pray for the Management.

Patricia Denton Stocks was born on November 24, 1930, the oldest of five children. Growing in up in the Memphis area, she graduated as valedictorian from Millington Central High School and later attended Memphis State College where she earned her teaching certificate, launching her career as an educator. Pat married, her high school sweetheart, Bob Stocks in 1951. In 1956 she began her family with the birth of her son, Dan. Four years later, her daughter Carol was born

Pat's love for teaching led her to continue her education at the University of Kentucky where she earned a Bachelor of Science degree and later a Master of Science in Education with specializations in reading and administration. Over the years, she served as regional reading coordinator for school systems in Kentucky and Indiana. The season in her career that she loved the most, however, were the years she served as principal of the historic Daniel Wertz Elementary School in Evansville, Indiana. During those years she mentored and trained countless young teachers and it was from this position that she retired in 1992.

A life-long learner, Pat filled her retirement years with adventure and new experiences. From earning her pilot license and acquiring her own plane to parasailing, adventuring in Alaska and even flying a private plane in Israel with an IDF solider as co-pilot, she was committed to living life to the full.

Her greatest sense of joy, however, came from her children and grandchildren. She was quick to find adventures where her grandchildren could join her. She joined the Civil Air Patrol alongside her oldest grandson, Jake. Rising to the rank of Captain, she would often be awakened in the middle of the night for a flight in pursuit of a suspected drug operation. Not exactly your typical grandmother story.

Whether it was a trip to lake for water skiing, to the mountains for fun in the snow or a special week at the U.S. Space and Rocket Center in Huntsville, Alabama, she found fun ways to live life alongside each of them.

Pat taxied down her final runway on March 21, 2021 as she quietly slipped into eternity – her very best adventure yet.

Pat’s life and legacy were an inspiration to all who knew and loved her. Whether answering to Mom, Grammi or Mimi, Pat always knew the hearts of those who called to her. She might not always get their names right, but she knew their hearts. She will be greatly missed….

Share Your Memory of
Patricia
Upload Your Memory View All Memories
Be the first to upload a memory!
Share A Memory