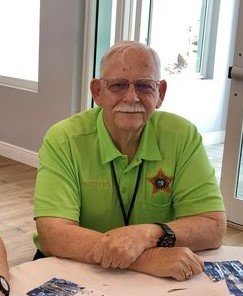 Wayne was born Sep. 2, 1943, in Altadena, CA, to the late George E and the late Exa M.  (Nelson) Anderson.  Mr. Anderson married Patricia Scott on July 19, 1963 in Benton Harbor, Michigan. Wayne worked as a mechanical engineer for many years, retiring on October 31, 2011. He and Patricia were members of Carlson Memorial Methodist Church of LaBelle. Wayne and Patricia were Volunteers in Public Safety for the Hendry County Sheriff’s Office for many years. He also served on the board at Country Village IPOA. He was a member of the LaBelle Masonic Lodge for many years.

A celebration of Wayne’s life will be celebrated at a later date.

Share Your Memory of
Wayne
Upload Your Memory View All Memories
Be the first to upload a memory!