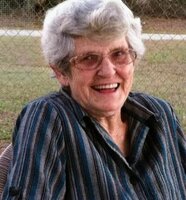 Dorothy was born on January 30, 1938 in Chelsea, MA to the late Louis H. and Florence V. Goodwin Barrett. She moved to LaBelle, Florida in December 1955 along with her 2 small children and then husband, Walter V. Wooten. Dorothy worked as a bookkeeper, cleaning houses and worked for over 20 years as a convenience store manager before retiring. Dorothy never, ever met a stranger and was the epitome of a giving person! Dorothy was a loving mother, grandmother, great grandmother, sister, cousin and friend who will be dearly missed by everyone who knew and loved her.

Per Dorothy’s wishes there will be no services at this time, cremation rites will be accorded. Per Dorothy's wishes her ashes are to be thrown into Revere Beach, Massachusetts.

Akin-Davis Funeral Home – LaBelle is assisting the family of Dorothy with these arrangements.