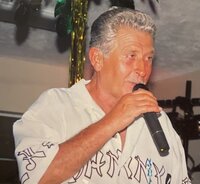 He was born in Cleveland, OH to the late Edward Loren and Mary Ellen (O'Toole) Steadley.

He worked as a Truck Driver and was a Member of the Teamsters Union for 32 years.

He then worked as a Fishing Guide on Lake Okeechobee for over 30 years.

The family will receive friends on Monday June 20th from 10 AM to 12 PM at the Akin-Davis Funeral Home 438 E Sugarland Hwy. Clewiston.

Funeral Service will be at 12 PM at the Funeral Home with Father Garcia officiating. Interment will be at Ridgelawn Cemetery.